Segregation in the labour market and in education, discrimination at work and role traditionally assigned to women in the private sphere are all obstacles to equal pay between women and men.

Still in the 21th Century, the gender pay gap is reaching more than 14 % making women at higher risk of poverty.

As politicians, we all share a part of responsibility in this matter.

Only 16% of women sit on the boards of directors of large companies; 32% pursue a scientific or engineering career even though 29% have graduated from the higher education, compared to 24% of men

Women also find it more difficult to reconcile their professional and private lives.

As a result, they find themselves with precarious jobs or even withdraw from the labour market in order to take care of their loved ones.

Thus, the employment rate of women in Europe is 65.3% while that of men is around 75%. And while only 8% of men have precarious jobs in Europe, 32% of women find themselves in part-time jobs.

Europe must improve pay and working conditions for all and must ensure pay transparency in the workplace.

For us, this directive’s content should answer the following three questions:

1) How to deliver equal pay for equal work in the workplace?

As an example, by ensuring the communication of salary grid before the signature of the contract

As an example, by ensuring internal and external audit but also by publishing a pay gap annual report

3) How to enforce the objectives contained in this directive?

As an example, by implementing financial sanction as suspending public funds for unfair companies

This is the only way to grant gender equality in the workplace. This is how the socialists and democrats are fighting for women’s right in Europe! Gender discrimination and most of all gender pay gap has no place anymore in Europe and I will stand by women in this battle! 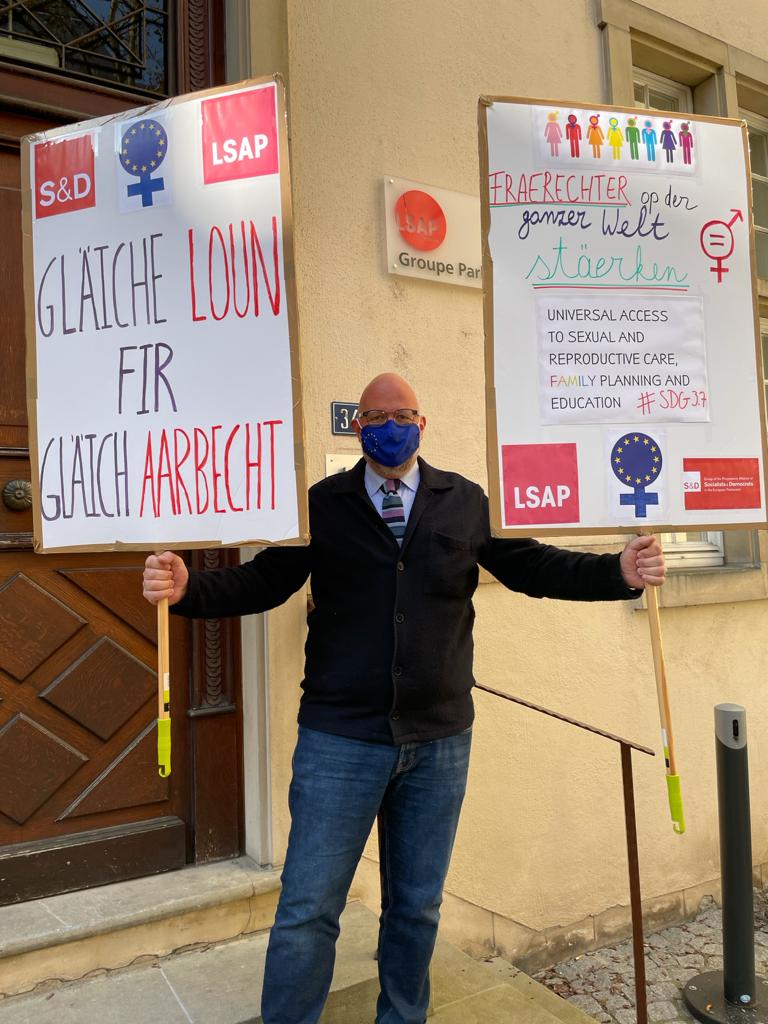